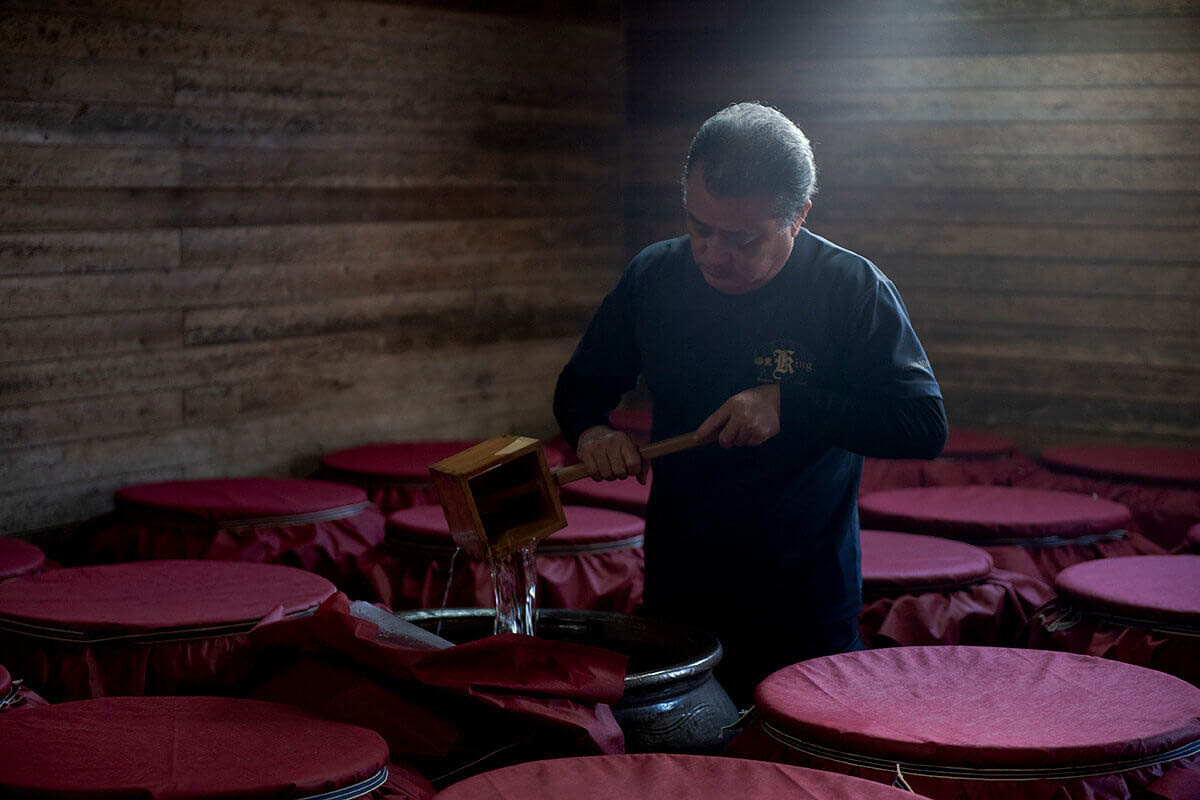 Awamori is the oldest distilled alcoholic drink in Japan, and is believed to be the predecessor of shochu (another distilled Japanese spirit). The technique for making awamori is said to have remained unchanged for over 500 years. Indica Thai rice is soaked in water and sprinkled with black koji mold, which is then fermented with water and yeast, before undergoing a single distillation to complete the process.

The history of awamori 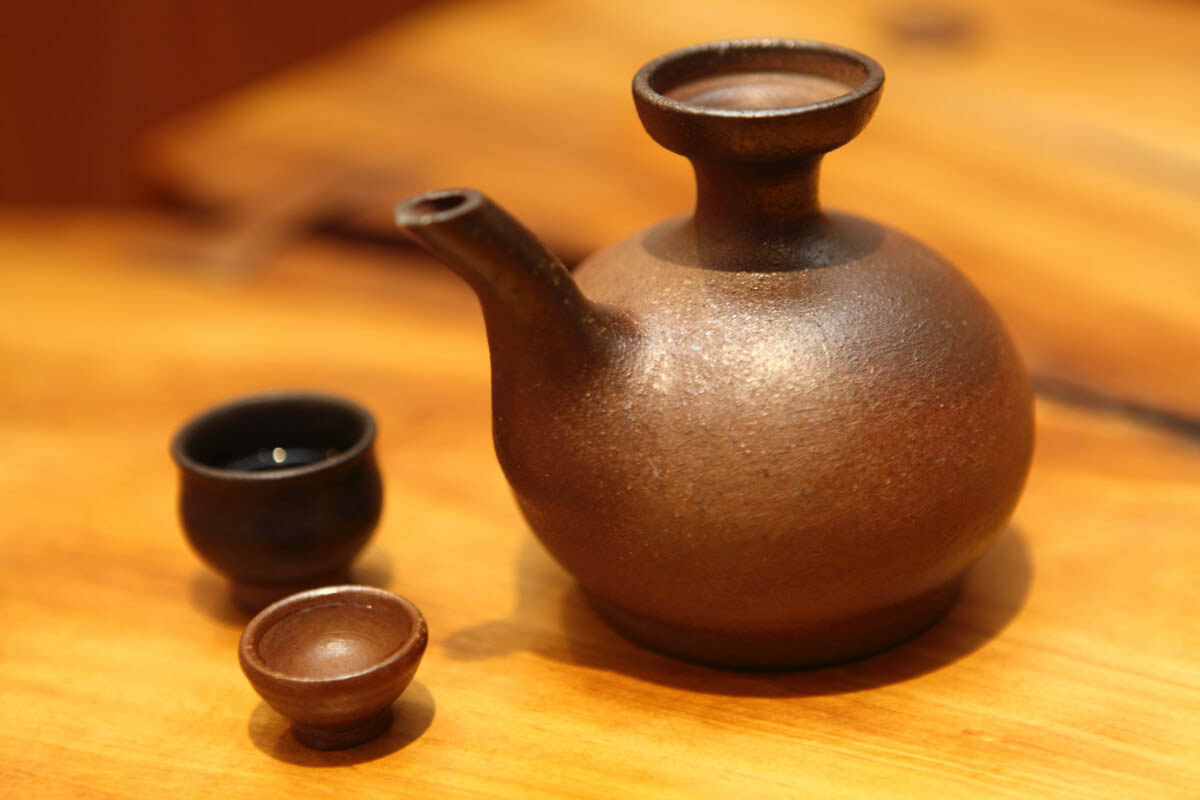 The Ryukyu Kingdom flourished as a trade hub, with partners on mainland Japan, China, and other parts of Asia. In trading with Siam (present-day Thailand), the technique for the distillation of alcohol came to Japan—the earliest prototype of the Okinawan spirit is thought to have originated as early as 1470.

Awamori played an important role in diplomacy for the Ryukyu Kingdom. In the Edo period (1603–1867) it was given as a tribute to the shogun, and also used to show hospitality to important envoys from China. From the 18th century, distillation of awamori was limited to three areas in Shuri by royal decree; in this way, the government controlled the distillation, sale, and consumption of the spirit. Awamori became an indispensable part of the festivities and lives of common people, and as a result, bootlegging ran rampant.

With the disbanding of the Ryukyu Kingdom in 1875, the controlled production and the sale of awamori fell by the wayside. Though production halted during WWII, it recovered in the post-war period, and continues to thrive in Okinawa and around Japan. 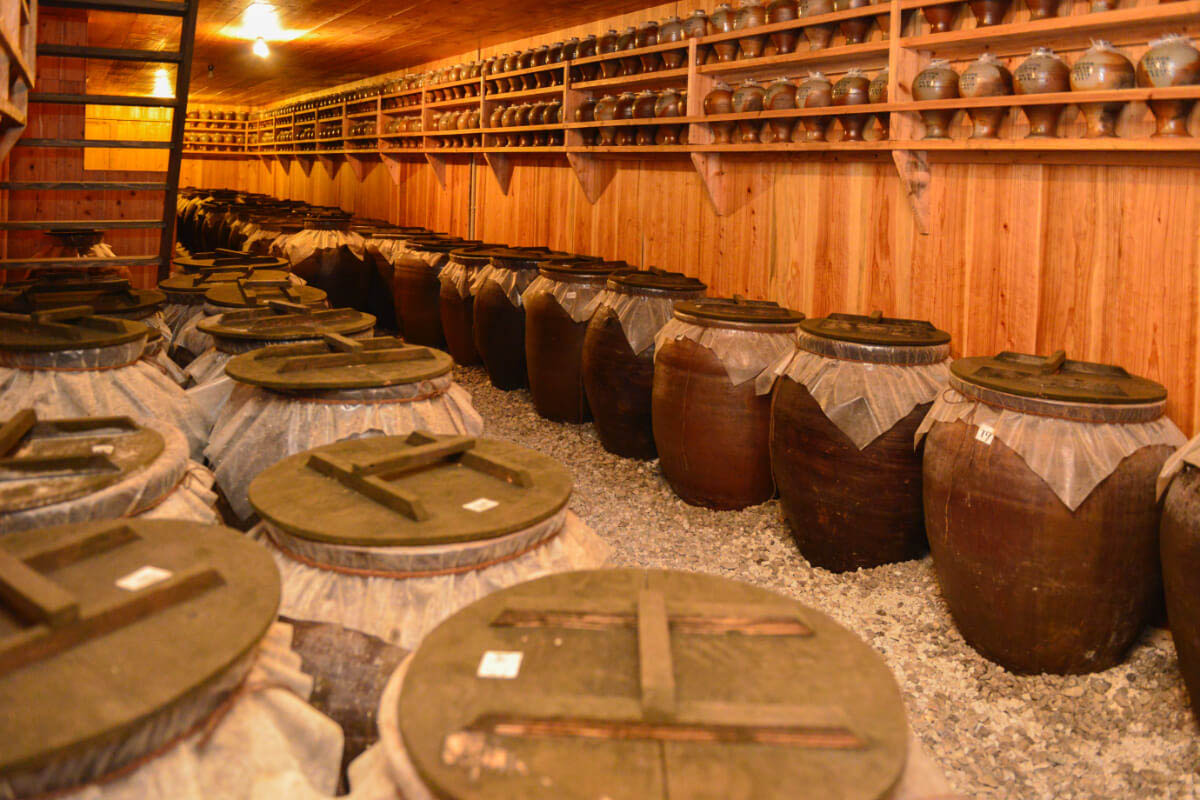 Black koji mold is one of the ingredients that distinguishes awamori from other spirits. It generates a large amount of citric acid, which helps balance the bacteria created in the fermentation process in Okinawa’s hot and humid environment. Thai rice is used for two reasons; the technique originated in Siam (present-day Thailand), and the rice is more receptive to the koji than Japanese rice.

Another characteristic of awamori is that it can be stored long-term. It is traditionally stored in clay pots, a process that Okinawans call “letting it sleep,” which allows the flavors to mature, often becoming richer in the process. Awamori that has been aged for three or more years is called kusu.

There are dozens of distilleries throughout the islands of Okinawa, each offering their own take on the prefecture’s signature spirit. Find your favorite here! 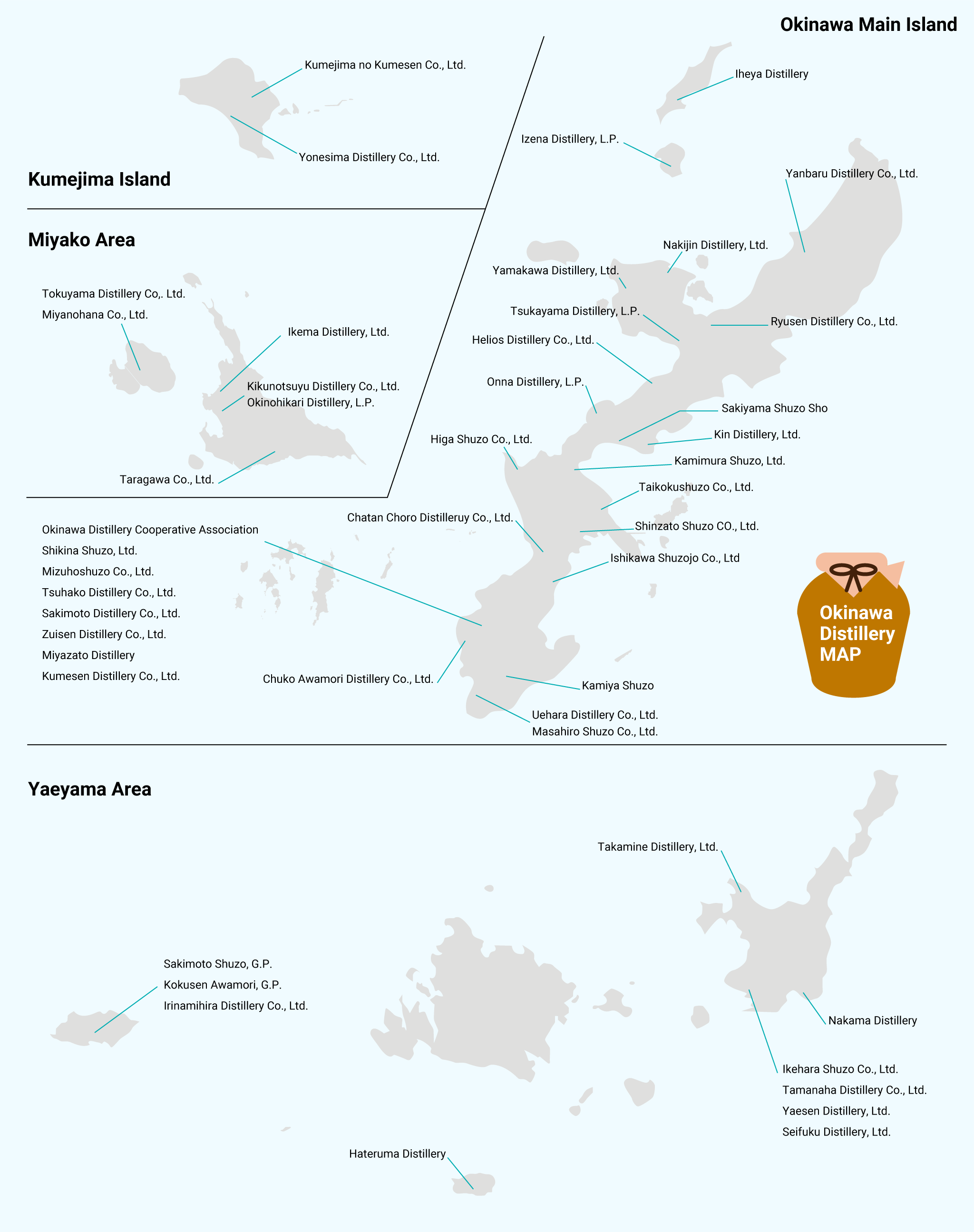 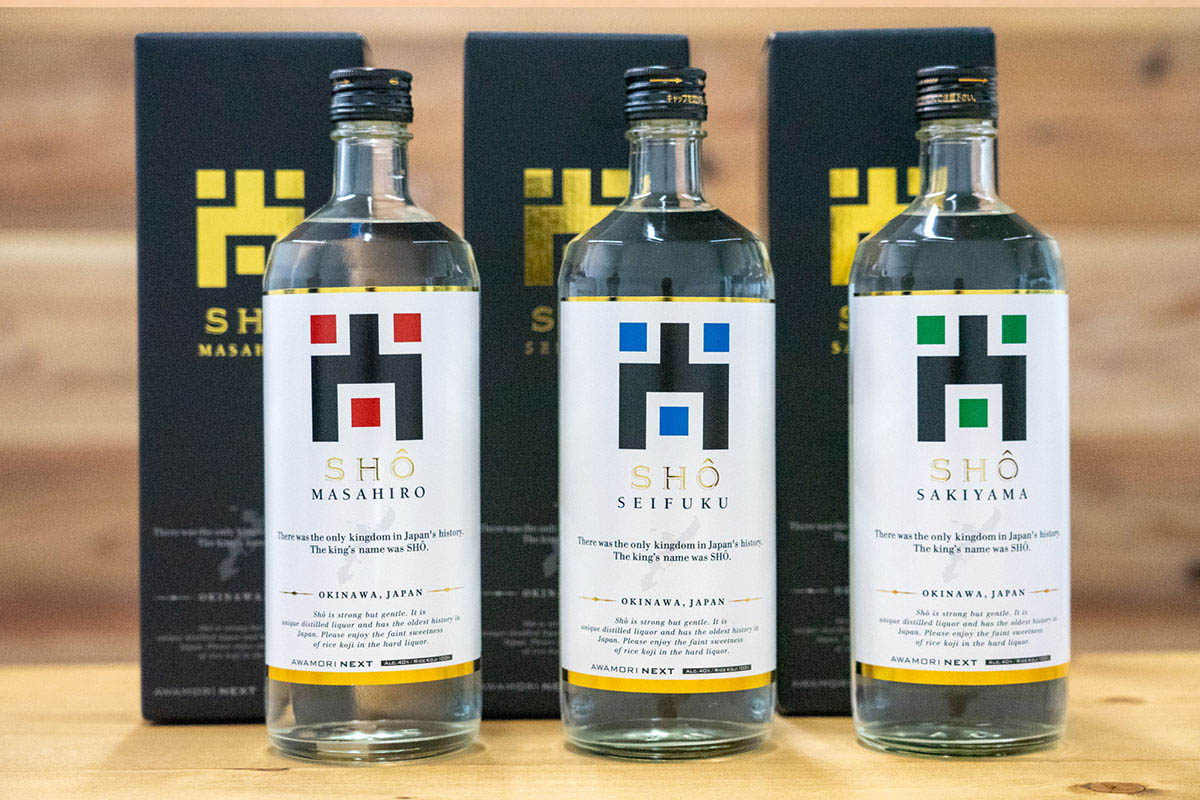 Although the technique for creating awamori has stood the test of time, distilleries are looking for new ways to enjoy Okinawa’s signature spirit. As a result, a well-established distillery has crafted its own gin, utilizing botanicals and other ingredients unique to the prefecture.

In addition to gin, 12 distilleries collaborated to create Sho, an industry standard awamori developed using a singular technique. While traditional awamori is only distilled once, Sho has been triple-distilled to create a crisp twist on the well-known spirit.

Try it and buy it 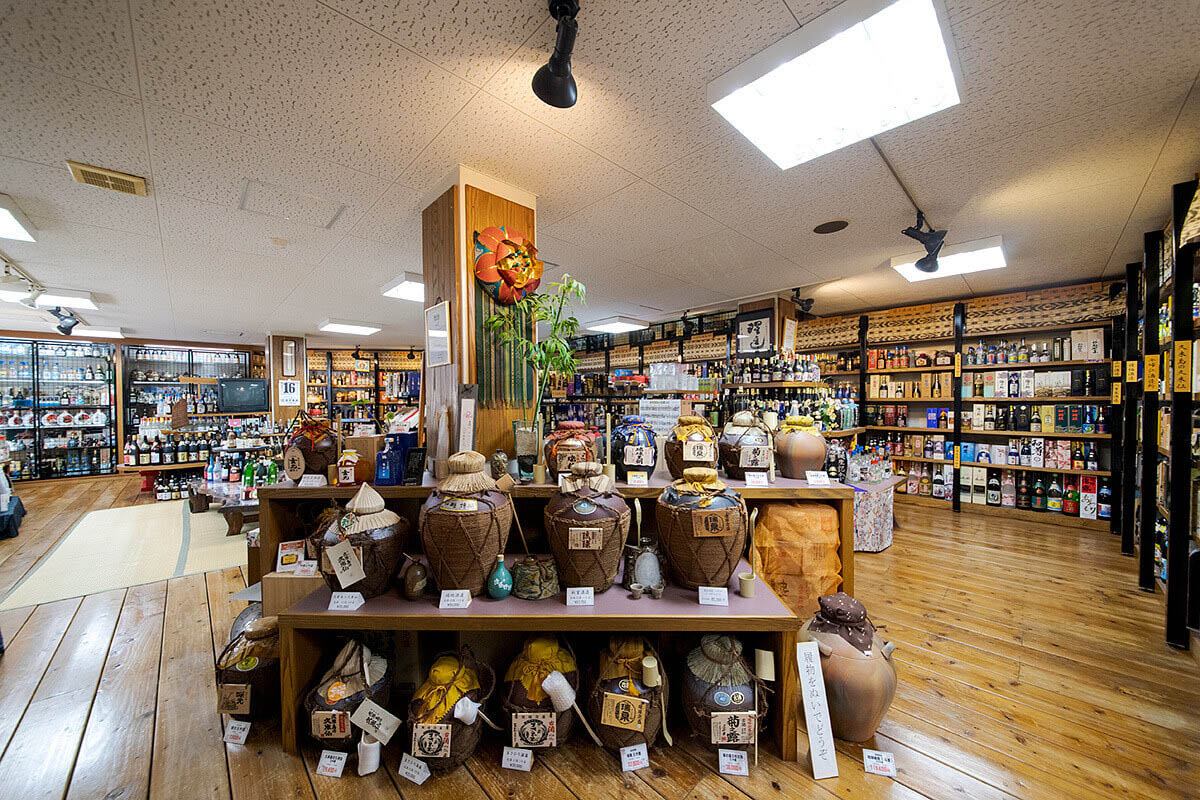 Awamori can be found at most izakaya around Okinawa, so look for it on menus while dining out. It is also usually available at festivals, and even has its own specialty event, the Shimazake Festa. Many distilleries have tasting rooms, and some offer tours (please see individual facility websites for details).

For those who want to pick up a bottle as a souvenir, there are a couple of must-visit vendors. The AWAMORI KAN (*only in Japanese) in Shuri has over 1,000 different awamori from more than 200 brands, including rare and aged vintages. Awamori from every distillery in Okinawa can be sampled and purchased at the AEON liquor store on the second floor of the  AEON MALL Okinawa Rycom, in Kitanakagusuku Village.