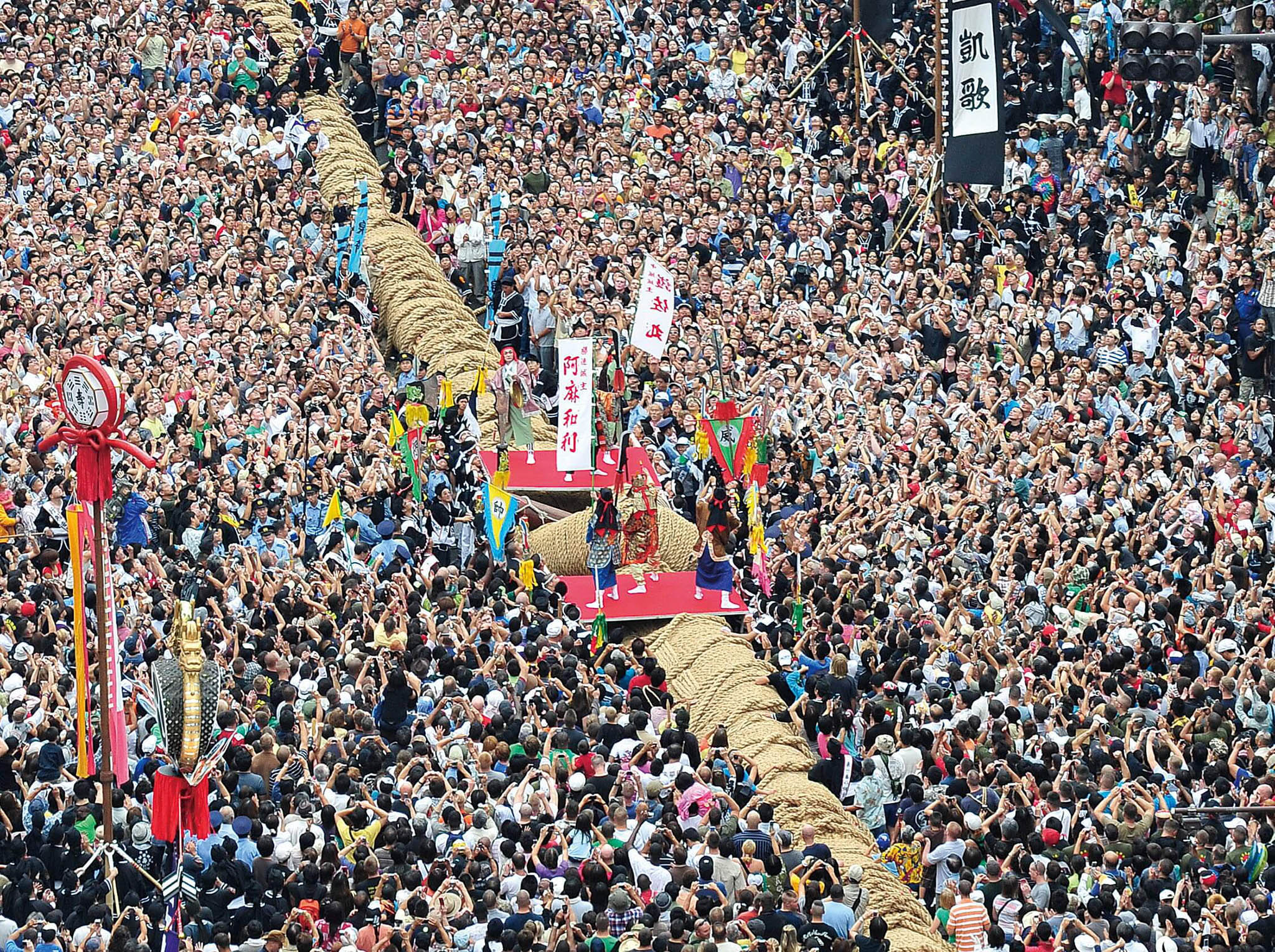 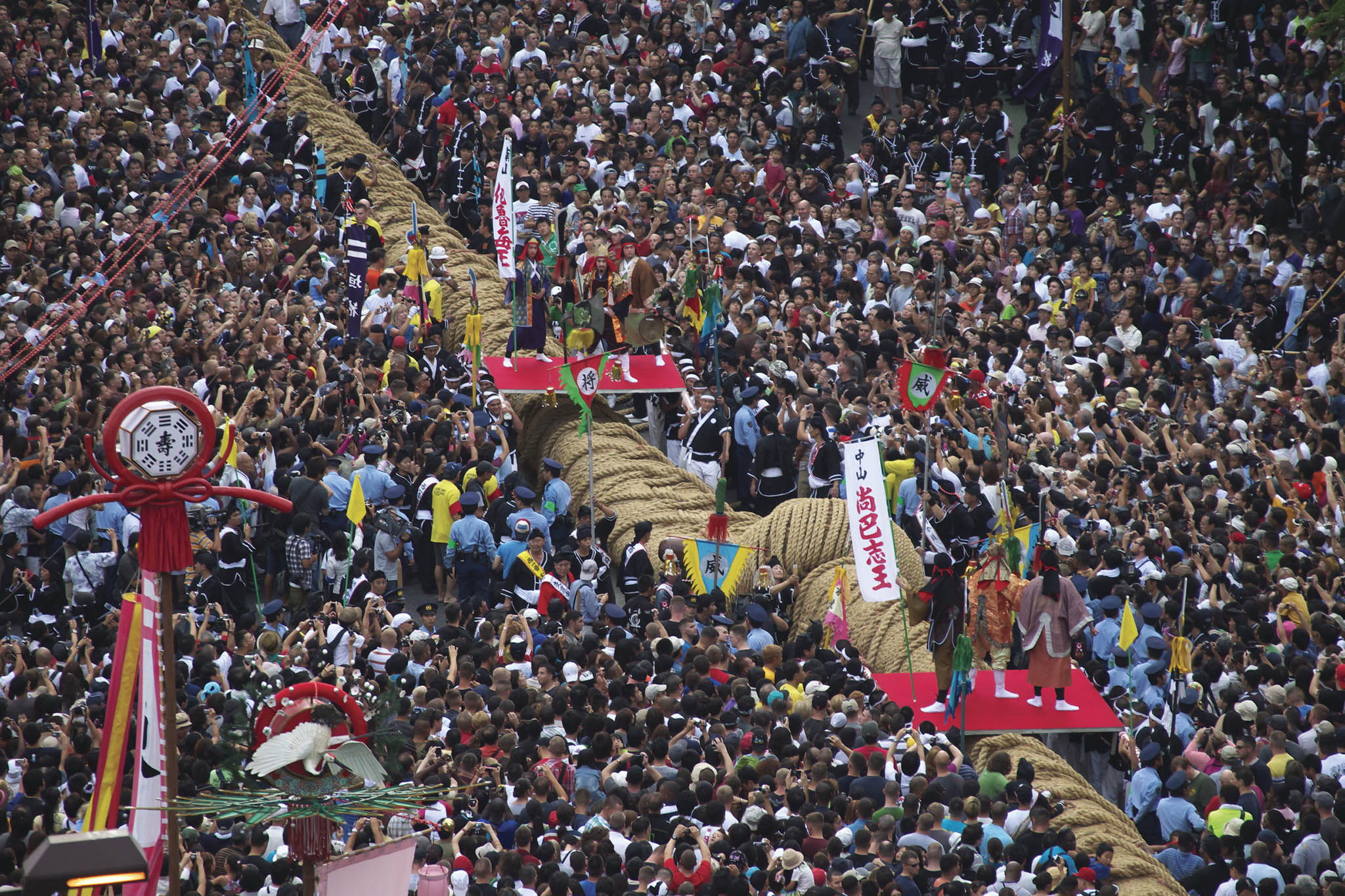 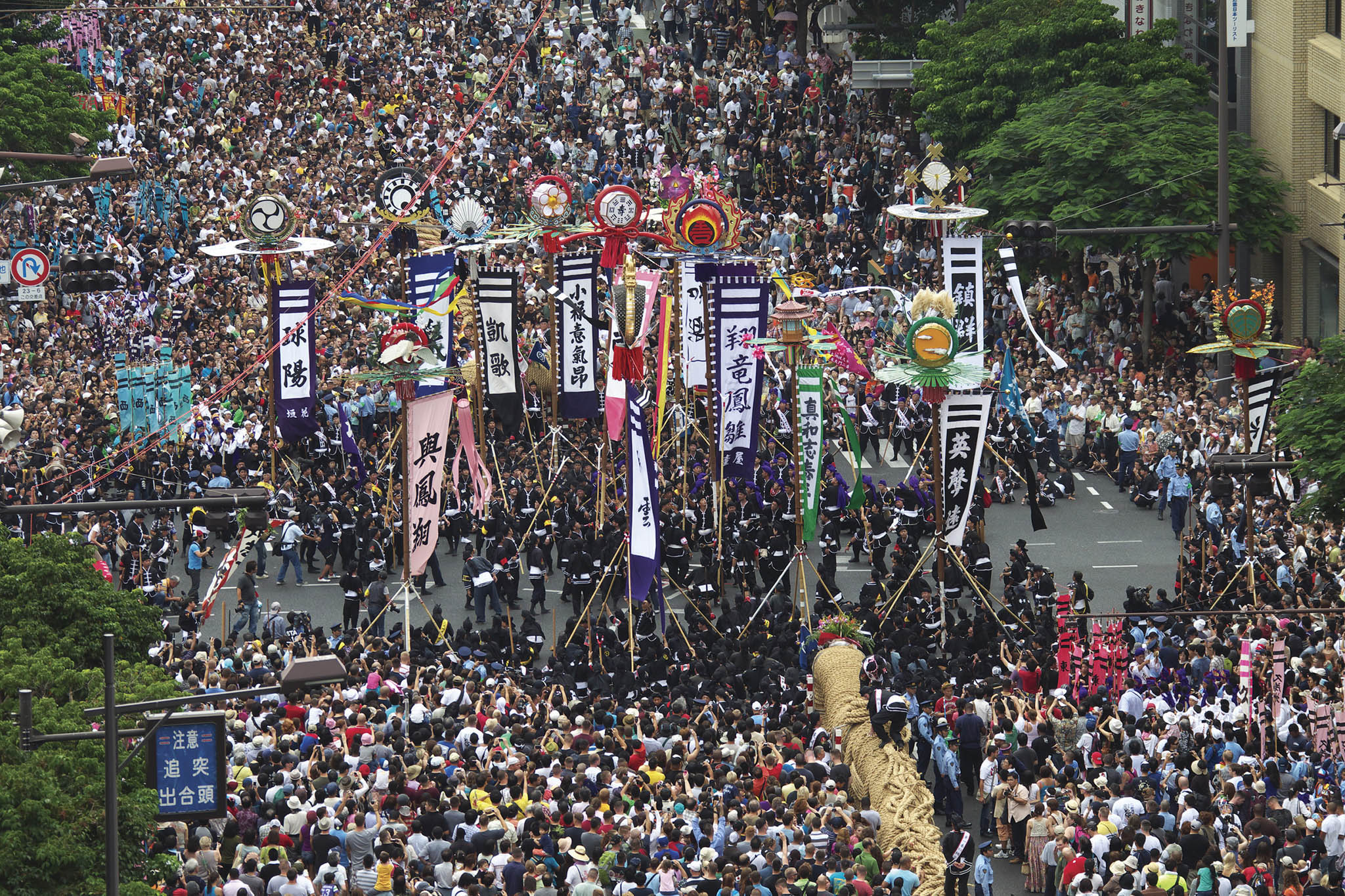 Large-scale tug-of-war events are a traditional hallmark of Okinawan festivals, originating as a ritual to pray for a bountiful harvest, sound health, and fertility. Naha’s is one of the largest tug-of-war events, and in 1995 the rope used in the festival was listed in the Guinness World Records as the largest rice-straw rope used in a tug-of-war. Join tens of thousands of people in an epic contest as you help tug a 200-meter, 43-ton rope. The enormous rope has 280 smaller ropes attached, so everyone can get in on the fun. When the battle is finished, take a piece of the rope home for good luck. 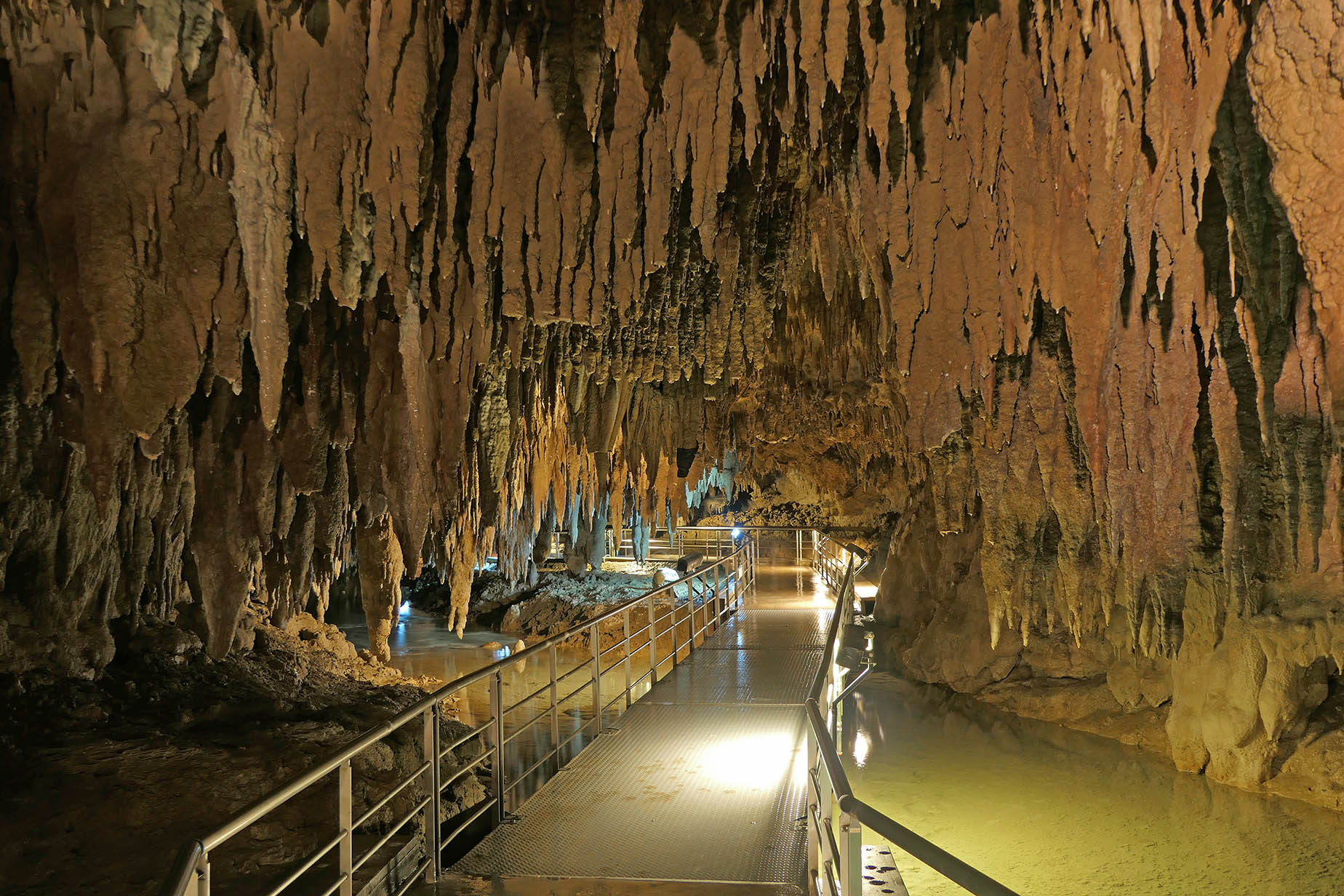 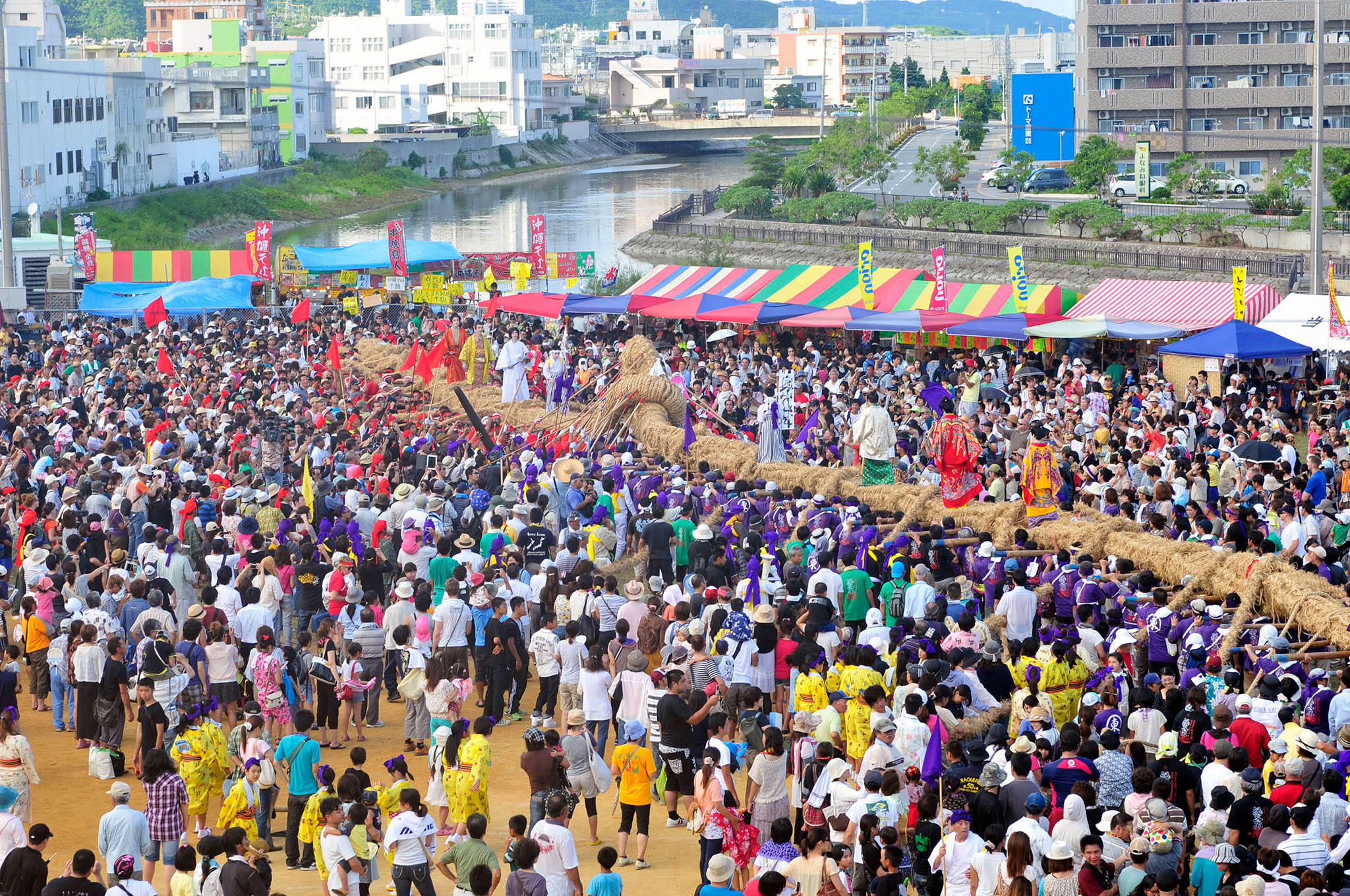 Yonabaru Great Tug-of-War Festival
This event has been postponed.