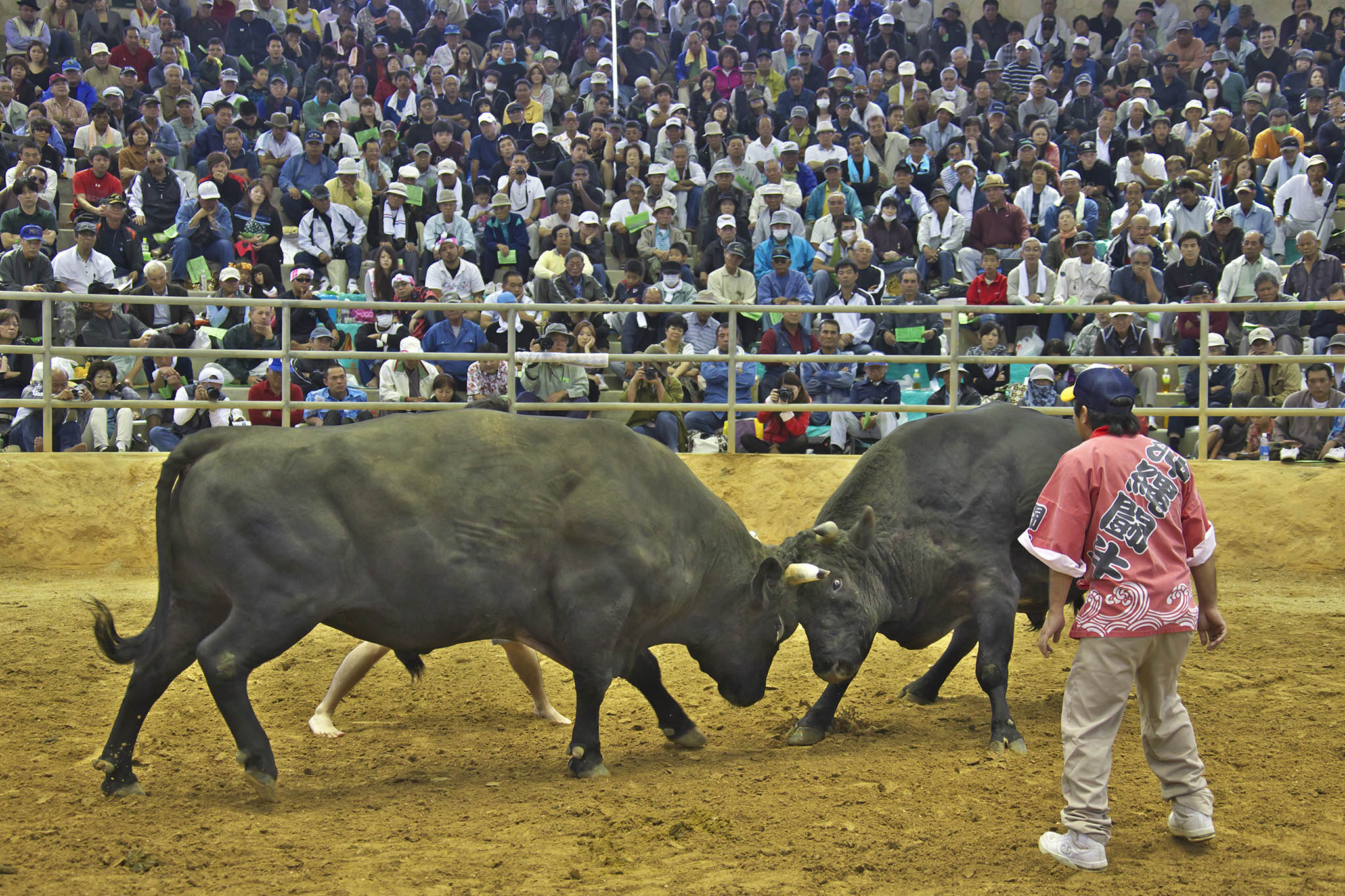 Ushiorase is an Okinawan style of bullfighting where two bulls lock horns in competition with each other in an arena, cheered on by their human coaches (seko). Bullfighting tournaments are a popular tourist attraction in Okinawa, with up to 20 tournaments held throughout the year in the city of Uruma.

The history of Okinawan bullfighting

The first record of Ushiorase can be found in an article published in a local newspaper in 1907. These bullfighting events slowly developed into a form of public entertainment, beginning with rural communities, before spreading throughout Okinawa. Though they were originally free, viewing fees were imposed after WWII.

Nowadays, Okinawan bullfighting tournaments take place mainly in Uruma City at the Ishikawa Multipurpose Dome, with some tournaments held in the north and on some of the outer islands.

What is Okinawan bullfighting?

Unlike traditional bullfighting in Spain where the bull goes up against a man, Okinawan bullfights feature bulls fighting each other.

The bulls that take part in these fights come from all over Japan. Bulls are ranked by their ability as well as weight class, with the highest ranked bulls weighing over a ton. During the matches, bulls lock horns and try to exert their strength over the other. A tournament is made up of 10 matches. Some matches can be over in seconds while others can last for more than half an hour.

The circular bullfighting ring is made up of a dirt floor measuring 20 meters in diameter, surrounded by an iron fence with a single entrance. Spectators can watch the matches from seating around the ring or from the standing area. The Ishikawa Multipurpose Dome, where the majority of tournaments are held, can house around 4,000 people. 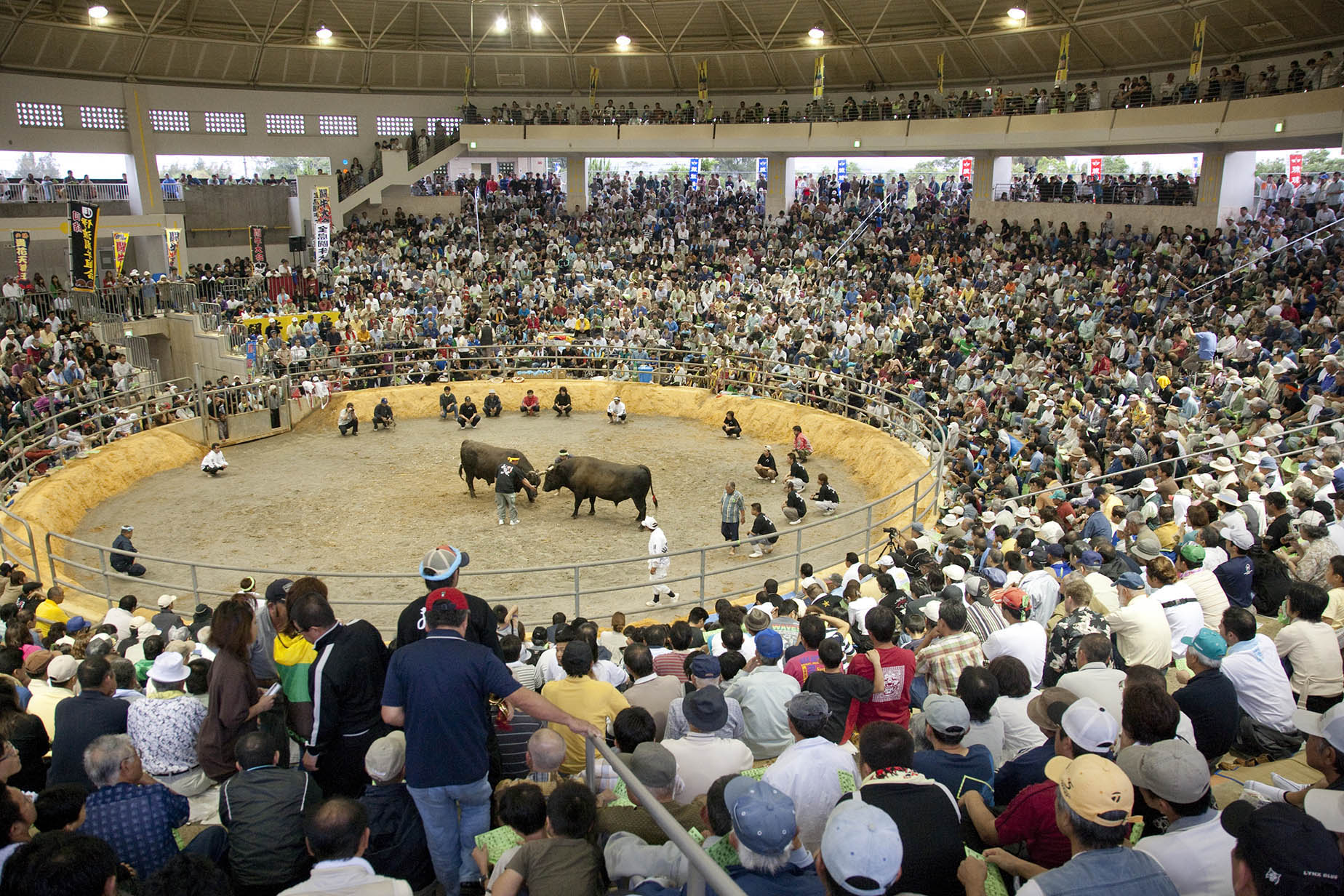 Bull handlers, known as seko, coach the bulls during the matches through shouts, called yagui. seko make sure that the bulls do not harm each other, and immediately pull the bulls apart if one becomes too aggressive.

The end of the match is decided when one bull submits to the other, or is struck on its side by a haratori blow and can no longer move.

The most exciting tournament is the All-Island Bullfighting Tournament, when the winner from each region faces off. The winner of this tournament is declared the strongest bull in Okinawa. This event takes place three times a year, in May, August, and November.