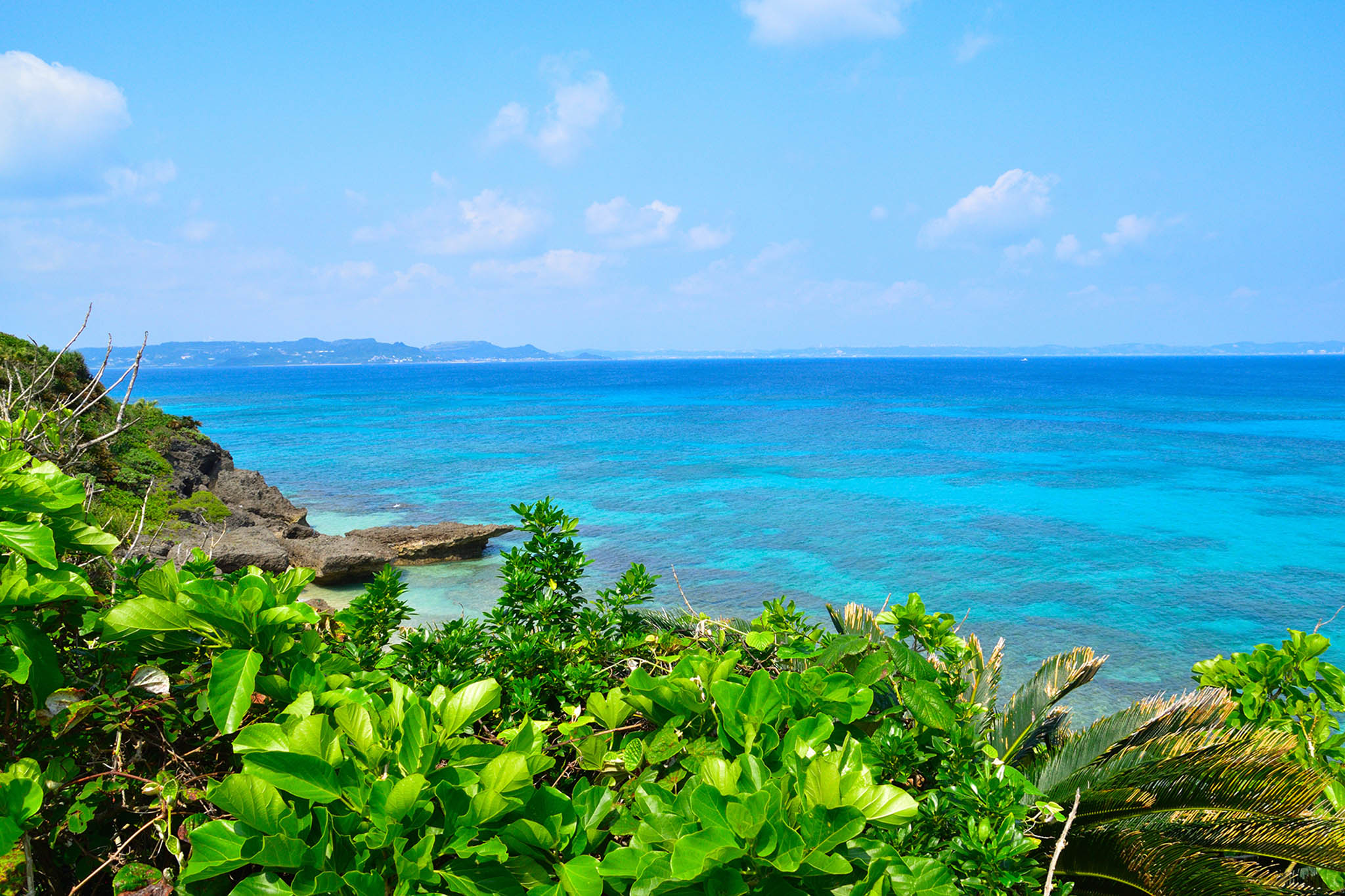 Kudaka is a spiritual island home to many sacred places known as utaki. Untouched by tourism, the island has an abundance of greenery, and a wide variety of subtropical plants. Head here for Ryukyuan history and to enjoy travel at a leisurely pace. 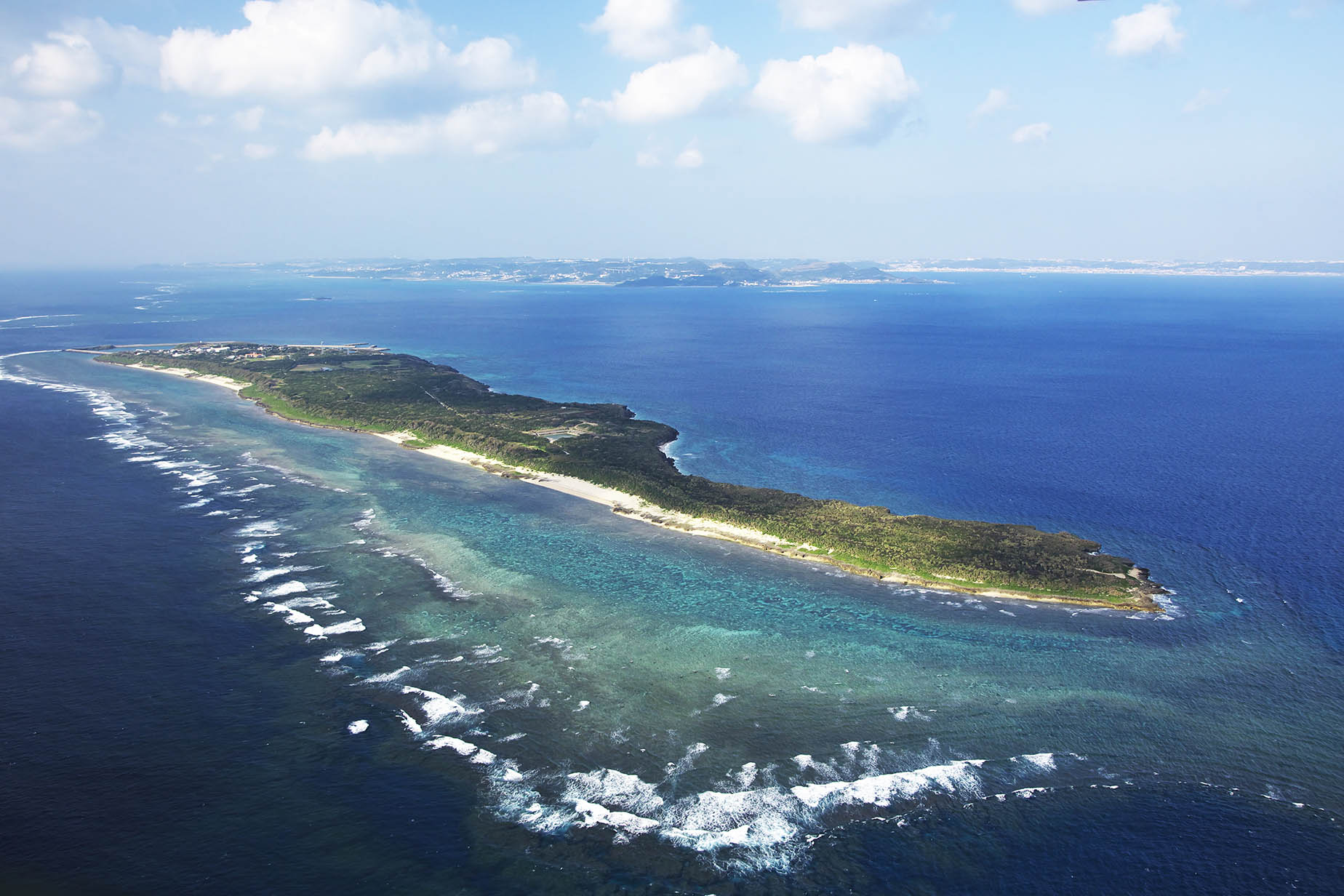 Kudaka is a small, oval-shaped island located just off the Chinen Peninsula, to the southeast of the main island of Okinawa. The island is small enough to explore by bicycle or on foot, depending on the weather. The island has retained a traditional way of life and is a deeply spiritual place, so it is important to follow the local rules, which include taking any trash with you, and not entering spiritual sites without permission. 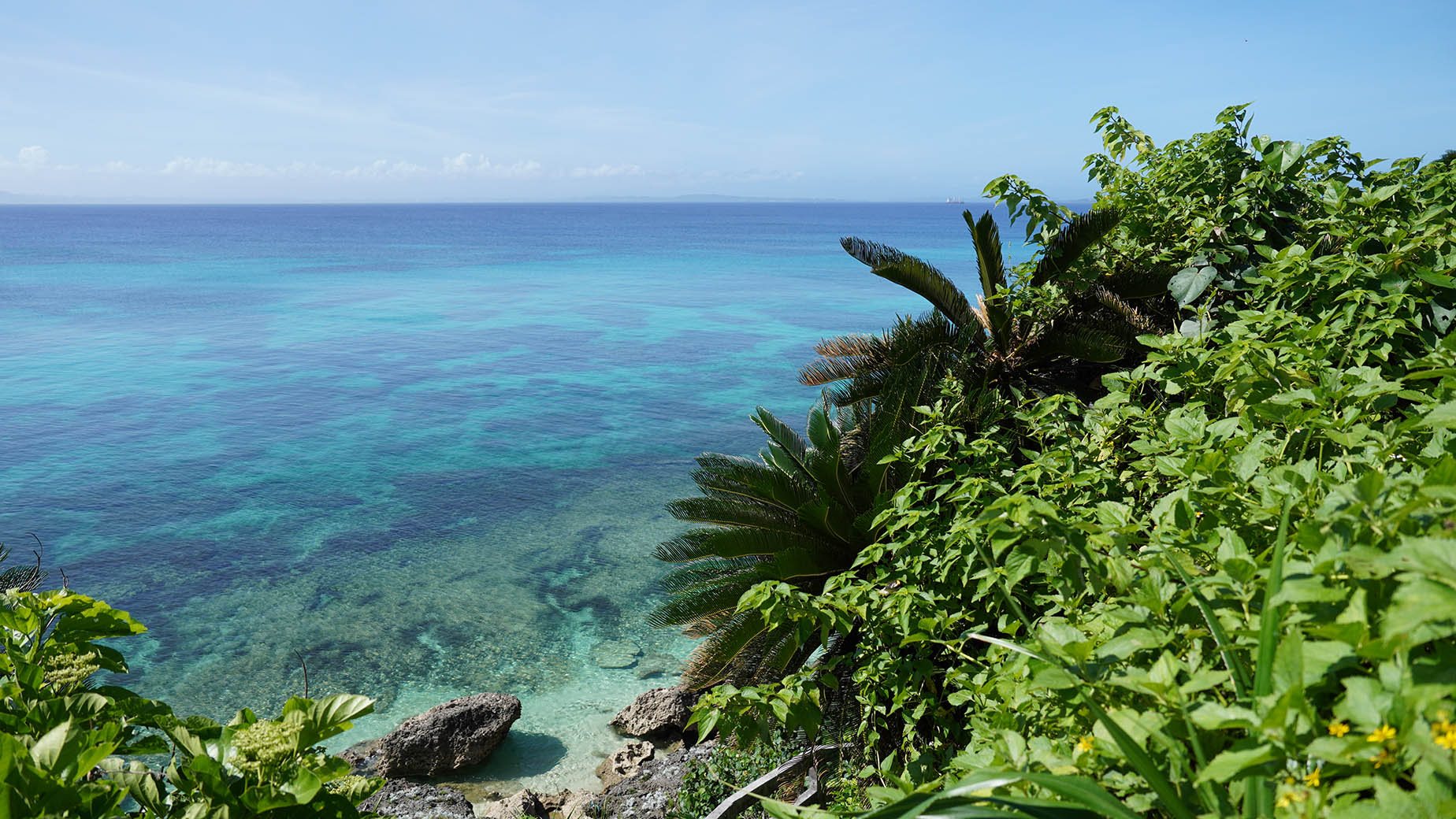 According to legend, the deity who created the Ryukyu Islands, Amamikiyo, descended to the human realm on Kudaka Island’s Cape Kaberu. During the Ryukyu Kingdom era, the highest ranking chief priestesses of the kingdom, known as kikoeokimi, and also kings, came to this sacred island to pray.

Fubo Utaki is one of the island’s most sacred sites, and the location of an ancient ceremony known as Izaiho, an all-female ritual that took place once every 12 years. The custom has been discontinued but the site remains a sacred “power spot,” though the site is off-limits to the general public.

On the mainland, in the Nanjo area, is Sefa Utaki, a sacred site of caves and overhanging ledges which looks towards Kudaka Island. One of the most notable sacred places on the main island of Okinawa, it is believed to have been built to worship Kudaka Island. Sefa Utaki features a walking trail through the site and is open to the general public. 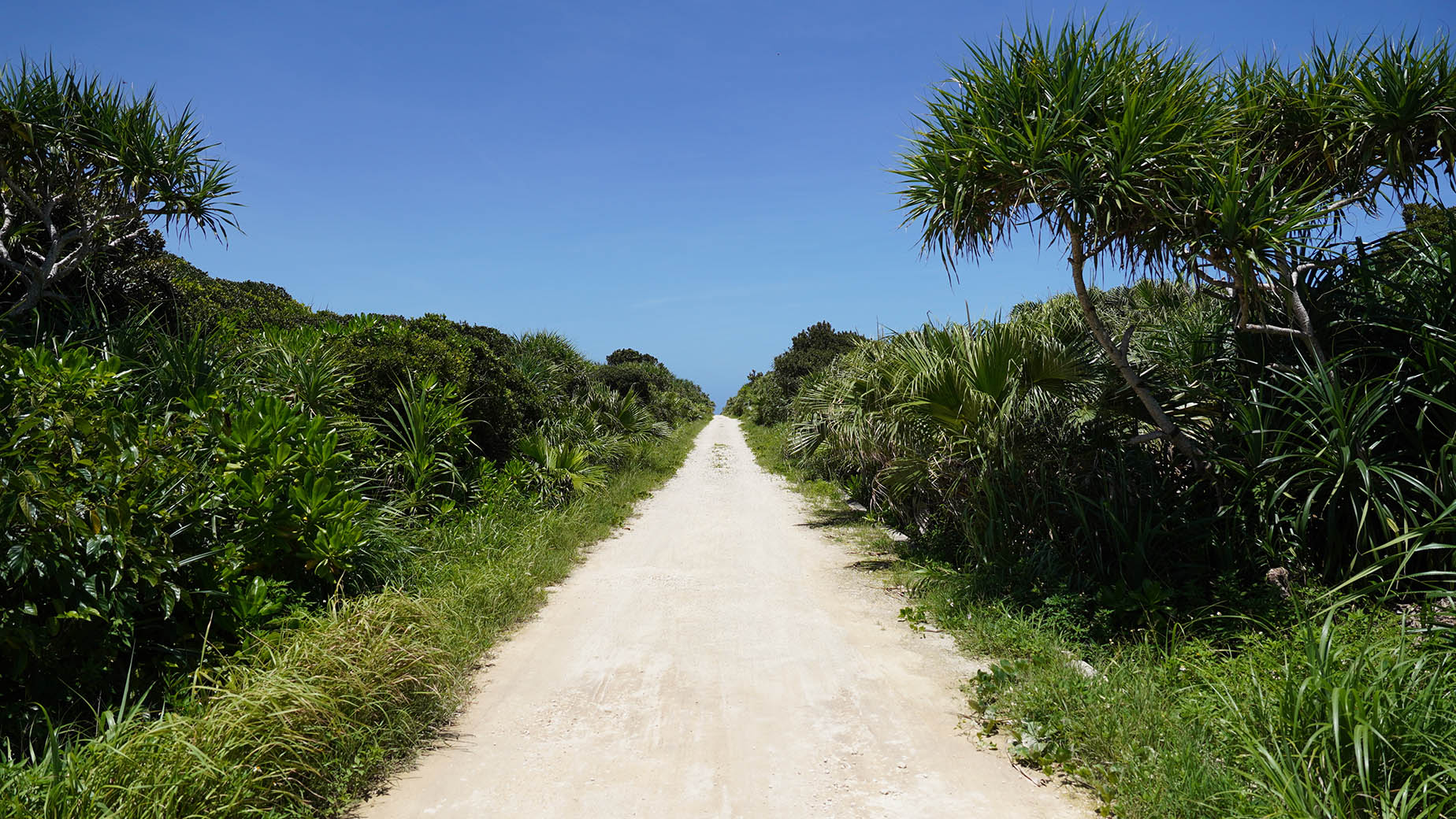 Stroll or cycle around the island and enjoy its lush, natural environment. Pretty Ishiki Beach is the most well-known beach on the island and is another “power spot” with ties to Okinawa’s creation mythology. The beach is considered sacred, and swimming is prohibited.

Most of the coastline of the island remains unspoiled, and the area is known for its diverse plant life. The national government has designated the Plant Community of Cape Kaberu on the northeastern edge of Kudaka Island as a Natural Treasure. 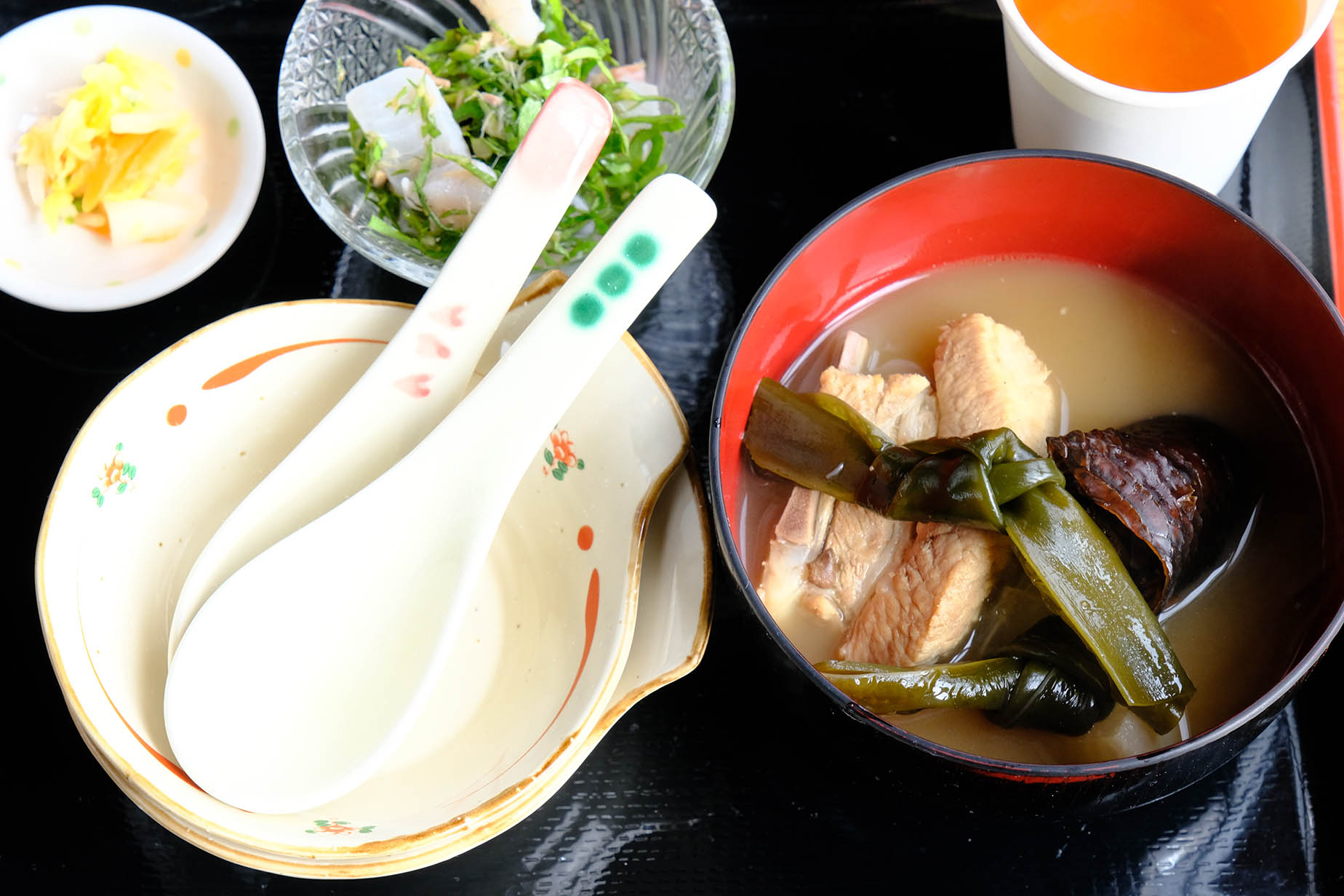 Visitors can enjoy fresh meals prepared from local ingredients by participating in “day glamping.” Guided tours of the island are also available, and some tour operators offer diving and snorkeling tours.

If the opportunity arises, consider trying the island specialty, irabu (sea snake) soup, at a local diner. The snakes are caught by hand and then boiled and smoked, and the dish is said to be hearty and nutritious.

Kudaka Island is a place where the local community is keen to preserve its traditional way of life, so there are no hotels or resorts on the island. There are a couple of cozy inns offering simple, no-frills accommodation. More options are available on the southeast coast of the main island of Okinawa, from where Kudaka Island is often enjoyed as a day-trip destination.

Kudaka Island is only accessible by ferry and high-speed boat from Nanjo City’s Azama Port. By ferry, the journey takes around 25 minutes, and by high-speed boat it takes around 15 minutes. There are departures three times a day in each direction, so be sure to check the schedule in advance of your trip.